This is my favourite family photo.

It shows my mate Belle, her hubby Vic and their boys Raph and James – James is the one in Belle’s belly. I think it’s one of my favourite family photos because it tells a story. It tells the story of a very special time in this family’s life. 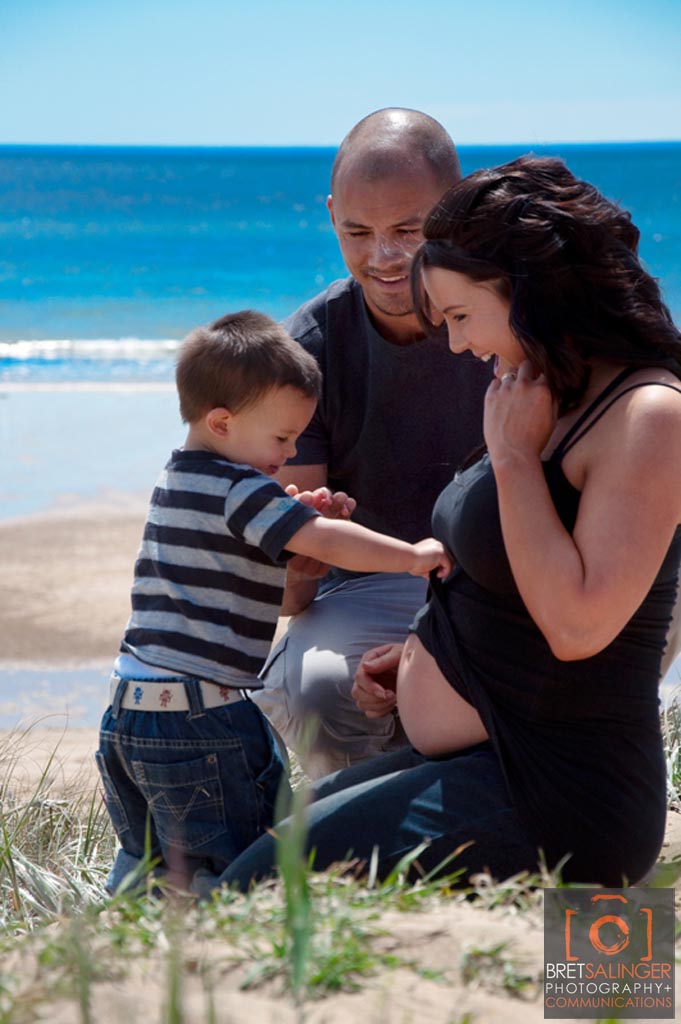 Every family has special moments and I was fortunate enough to get to record that particular moment on the beach that afternoon. If you know me you know I don’t do sentimental, but all these thoughts of family photos sprang to mind the other day when I was photographing a property for sale. I noticed a photograph of three youngsters in the hall. The trio were obviously brothers and the shot was a family snap taken when the oldest was aged about six or seven. There were a couple of cheeky smiles in evidence, a knowing look across the top of the camera from one of the lads; a telltale mark that mum or dad was hovering in the background.

We go into heaps of homes so we see these sorts of family photos all the time. Further down the hall though I encountered another shot of the trio. They were a few years older, a little more serious this time for the most part although the youngest of the boys had retained their cheeky smile.

I set up a shot in the entry and noticed another framed photo of the boys mounted at the end of the hall. This was a black and white shot from a professional studio photoshoot. The boys had morphed into young men; fit looking, strong and serious against the black seamless background the photographer had employed. The youngest might have been 18, but the photo looked quite modern – no dodgy fashion on show at all.

Then, taking pride of place in the loungeroom, was the latest studio photo of the trio showing them maybe in their early to mid thirties. And of course, it was obvious now that in all four photographs, whether taken in the backyard, on Christmas Day, or in different portrait studios a decade apart, all three boys were located in the same position in the frame.

It’s the little things that unite families – and break them apart – and the simple concept of shooting 10-year celebratory photographs using the unifying theme of positioning the boys/men the same way in each shot is just a simple idea that helps tell the important story of this family over the decades.

The same story-telling idea that drives our planning for family portrait sessions and guides our shot selection on the day of the shoot. Simply put, because family matters, the way we photograph your family matters to us.